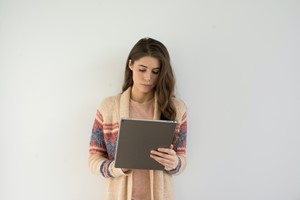 Domestic violence during covid-19: Is it about people?

This press release was originally published on the webpage of the Institute of Sociology and summarizes the results of second part of research conducted by Blanka Nyklová and Dana Moree.

„It differs from person to person“ is the most common response that comes up when the researchers Blanka Nyklová from the Institute of Sociology of the Czech Academy of Sciences altogether with Dana Moree from the Faculty of Humanities at Charles University question the police officers, social workers from OSPOD (the official authority for social and legal child protection) or Intervention centres providing help to the victims of domestic violence.

The research began in spring 2020 during the state of emergency, and in its first phase it focused on data collected from non-governmental organizations. The results indicated high latency of domestic violence as well as inconsistency in solving the individual cases by institutions such as the police, OSPOD, intervention centres and other supporting organizations. For that reason, they became the target of the second phase of the research in summer 2020.

The results of the research among the supporting institutions confirmed, that even during the increase of intensity of domestic violence in times of the pandemics the support system works inconsistently. Therefore, the victim’s circumstances get often evaluated differently in every case. That does not contribute to the overall faith in institutions, a fact noted even by some of their employees, and makes the orientation in the system difficult especially for frequently traumatized victims. Nonetheless, the research also shed light on the fact that the individual parts of the system are still able to help the victims even under the current circumstances if they properly use the opportunities provided by the legislation. What do the results of the research indicate about individual institutions and their functioning during the coronavirus pandemic at a more general level?

According to the interviews with policemen and policewomen, the Police of the Czech Republic often lacks enough of qualified personnel. In many cases it is often the lack of experience that complicates the ability of the police officers to properly evaluate the situation on the spot and decide, whether they are dealing with domestic violence or truly a single time incident. The research implies that violence can be avoided more effectively if the police remains in touch with the family and includes in the monitoring process other bodies such as OSPOD, intervention centres or NGOs. The proactive approach of superiors plays another vital role, as they can but do not always review all reports where domestic violence might be involved. At the same time, it is necessary to draw attention to the danger of reducing domestic violence only to such form, which justifies its possible criminal prosecution – domestic violence begins much earlier before it escalates in this way. In a seemingly subtler form, it can go on for many years with lasting health, psychological and economic effects on the victim.

Furthermore, in the cases taken up by OSPOD – that means cases, where domestic violence happens in the presence of children – the research showed that more effective are those proactive workplaces that even during the state of emergency tried to maintain contact with families where the possibility of increased domestic violence was suspected or preventively visited localities that could be at such risk. Relatively critically assessed was the cooperation with overburdened Labor Offices and the fact that social benefits and benefits in material need were often paid with considerable delays in the state of emergency, which has a very severe impact on individuals dealing with domestic violence, on whom children are often dependent.

The analysis of interviews with therapists, be it in intervention centres or projects focused on aiding families dealing with urgent conflicts, indicated that during and after the first wave of epidemiological measures more extreme attacks by aggressive people have taken place. Moreover, it can be estimated that the effects of violence will be more serious in precarious social situations.

Across the system, there is a clear taboo of sexualized violence, the frequent presence of which, however, most of the professionals and workers in the aid system do not doubt. It can be said that it is currently very difficult for victims of domestic violence to talk about this type of violence, even though its effects tend to be particularly devastating.

Another focal point is the criticism of misdemeanour proceedings, in which many cases of domestic violence end – the commissions that evaluate misdemeanours do not have the necessary competences to assess the violence committed and its consequences. In addition, the sanctions they can impose demotivate and depress victims or their children who have decided to deal with the whole situation and, conversely, can empower those who commit violence.

At the same time, the need to establish additional places in shelters was confirmed as well as the need for their overall adaptation to the crisis, so that there would be no reduction in residential and crisis services, but, on the contrary, an increase in them.

In the light of the ongoing pandemic situation, it is necessary to draw attention to the continuing overload of non-profit organizations providing specialized services to victims of domestic and sexualized violence. These services act as a kind of safety net for those lost in the current system, and at the same time allow their clients to orient themselves in an often unclear structure of how the system works in their location. By providing that they respond to the inconsistency of the system.