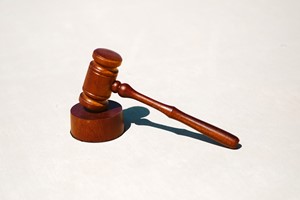 Despite the high numbers of GBV crimes, women often do not receive compensation

Almost 80 % of Czech women, who suffered some form of gender-based violence, will not reach any compensation for non-pecuniary damage from the offender in criminal proceedings. This is based on our research, which analysed 556 court’s decisions between 2019 and 2020.

Only about a quarter of these victims ever applied for compensation. The reasons for that are systemic obstacles, especially lack of knowledge of rights and the complexity of the legal system, which is difficult to orientate. Victims could be also deterred by the difficulty of prove damage or fear from attitude of the relevant authorities. Except this, the entire process is extremely mentally demanding and expensive, as well. Many of victims cannot afford legal representation or expert reports.

“The social debate so far does not consider compensation for victims of these crimes as something common and normal. Victims are facing a number of structural barriers, they are afraid of misunderstanding, insensitive treatment, and condemnation,” says a lawyer of our organisation, Petra Presserová.

Although, even when victims demand compensation, the difficulties continue. Courts in more than 20 % of cases have not awarded financial compensation for non-pecuniary damage, i.e. the pain and suffering which victim had experienced or continues to experience. The claim is in these circumstances moved to civil proceedings. However, this reference effectively amounts to a dismissal of the claim. The perspective of another lengthy process with an uncertain outcome discourages victims and they almost never continue into it. Moreover, half of those victims, who succeed in the criminal court, received less than 70 000 CZK. This amount, corresponding to two average salaries in the Prague, is not sufficient and adequate in relation to the effects of trauma and interference with human rights, which the victims suffered through a crime.

It is difficult to prove and quantify the non-pecuniary damage before the court. Average amount of compensation, which victims demand, is 322 000 CZK, in the cases of domestic violence 178 000 CZK. In both crimes courts recognise about half of these amounts.

“From the psychological point of view, non-pecuniary damage can be the effects of the crime on mental health of the victim. She may be suffering from post-traumatic stress disorder or a depressive or anxiety disorder. Victims often suffer from sleep and concentration disorders, have frequent flashbacks and nightmares,” explains our head of psychotherapeutic services, Dana Pokorná. These consequences have a major influence on the victim’s social or working life, in addition to increases the cost of medical and therapeutic care.

This research was developed in the framework of the international project VICO (Victims Compensation). The VICO project is implemented in cooperation with partner organizations –⁠Bulgarian gender research foundation and PATENT from Hungary. Its aim is to contribute to ensuring the full exercise of the GBV victims’ rights, especially the right to compensation, and also to improve public awareness about these rights. The project is supported by the European union Justice Programme (2014 - 2020).